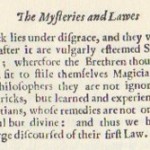 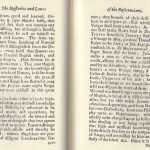 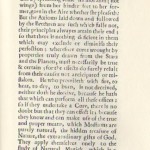 Early Western science included the study of the medical benefits of herbs, alchemical experimentation with distillation and a philosophical understanding of the evidence of the handwork of the deity in the natural world. Because there was such a lack of understanding of their work, renaissance practitioners of scientific research were often confused with sorcerers.

Here’s Rosicrucian Michael Maier from his “Laws of the Fraternity of the Rosie Crosse”, which critiques the medical quackery of the period, and describes how practitioners of early medical science should use their understanding to heal. I’m posting it here because of its relevance to the tarot Magician as a roughly contemporary description of magical practice.

“(The Rosicrucian brethren) …apply themselves only to the study of Natural Magic, which is a science containing the deep mysteries of nature, neither is this divine knowledge given to any by God, but to those who are religious, good and learned…

“…that true Â magic by which we come to the knowledge of the secret works of nature is so far from being contemptible that the greatest monarchs and kings have studied it; nay, among the Persians none might reign unless they were skillful in this great art.

Magick (as some define it) is the highest,most absolute and divinest knowledge of Natural Philosophy advanced in its wonderful works and operations, by a right understanding of the inward and occult vertue of things; so that true agents being applied to proper patients, strange and admirable effects will thereby be produced, whence Magicians are profound and diligent searchers into nature; they because of their skill know how to anticipate an effect which to the vulgar shall seem a miracle…

“We need not stand any longer on the praise of magic, it being of itself so honourable; but yet this noble science doth oftentimes degenerate, and from natural becomes diabolical, from true philosophy turns to necromancy, which is wholly to be charged on its followers. who abusing or not being capable of that high and mystical knowledge do immediately hearken to the temptations of Satan, and are misled by him into the study of the black art. Hence it is that magic lies under disgrace, and they who seek after it are vulgarly esteemed sorcerers, wherefore the brethren thought it not fit to title themselves Magicians; but Philosophers(.) They are not ignorant Empirics, but learned and experienced physicians whose remedies are not only lawful but divine: and thus we have at large discoursed of their first law.”

Michael Pearce is an artist, writer, and professor of art. He is the author of "Art in the Age of Emergence."
View all posts by pearce →
This entry was posted in Alchemical work, Magician, Sources, Tarot-related paintings and tagged rosicrucian. Bookmark the permalink.