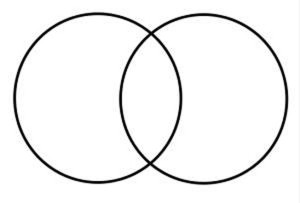 I’ve installed a number of paintings and objects into the gallery that may seem to have odd relationships to each other, and indeed, some of these things are there simply because they are peculiar – but there’s another dimension to that peculiarity that may lead you to accept the presence of a deer’s tail suspended from a ceiling opposite a steel ring with human hair tied to it. Bear with me for a moment…

The exhibit is titled Mr. Pearce’s Cabinet of Alchemical Wonders because the work either sparked my interest in alchemy , or comes as a direct response to it. In recent history alchemy has become regarded as the ugly stepmother of science, saddled with the unfortunate reputation of being the home of quacks and gold seekers; this couldn’t be further from the truth. Yes, the idea of transforming base metals into gold was described in alchemical texts, but usually as a metaphor for the search for the philosopher’s stone within the heart of investigative alchemists, not as a search for riches. Alchemical writing and practice is loaded with allegory – spiritual and mystical narratives that parallel distillations and coagulations in the laboratory – experiments that were done in order to understand the structure of the universe, and therefore to reveal the working of the mind of God, and indeed, spiritual alchemical texts describing the writers’ relationships to the deity are absolutely beautifulÂ mystical documents about the manifestation of God within natural phenomena.Â

The tree in the centre of the gallery holds within it a distillation of the leaves of the oak tree outside the back door to the building, an oak that has grown here for perhaps a hundred years, certainly seeded before Glendale was even a dream in the mind of Mr. Brand. in whose home the library now stands. By distilling these leaves I’m symbolically finding the essence of the city, the extracted heart – the animus loci or spirit of the place.

The large painting on the far wall is based on the stations of the sun in the course of the year – the sunrises and sets at summer and winter solstice and the equinoxes, and a progression from the separated self of sun and moon (male and female in alchemical symbolism) toward the combined being – the rectified stone found at the centre of the earth. The movement of the sun gave man his first indication of order in an otherwise chaotic world – it’s no accident that so many of our earliest archaeological sites are aligned to solar events.

The paintings are entirely based on the alchemical narrative as one takes the base material and uses distillation, putrefaction and fire to purify the alchemical Salt and Sulphur from a natural material,Â (in a subtle distinction from modern chemical notations alchemists capitalize the names of their materials)then reconstitute the separate parts with alchemical Mercury in order to create the heart of the original thing. Look for the alchemical king and queen, the decapitation of the material and subsequent images of burning and purification and the two elements being combined into one.