Manifestos perpetuate the idea of constant, rapid, forward-moving progress as a truthful analysis of the way culture evolves. But culture only moves forward in time â€“ and it isnâ€™t necessarily getting better, although we might hope it would and have a duty to work toward making the world a better place. (This is how goodness works in emergence: despite the consistency of evil, the co-operative nature of goodness is always better at creating emergent qualities, so goodness always comes forward in the end, and while evil may appear as a triumphant, spectacular force, itâ€™s quiet, constant goodness that builds the broad cultural bridges between mind and mind.)

When Lee Siegel complained in the Wall Street Journal about the need for a new art movement, he mourned the loss of authority once felt by leading participants in the New York art scene, making a appeal for â€œan artistic movement to make sense of what is happening around us and to supply us with the joyful freedom of a transfiguring languageâ€. This was the voice of a personÂ entranced by memory, shaping the language of his nostalgia for the various movements of the twentieth century. ItÂ readÂ likeÂ the puzzled musings of a person who feels their understanding of the world slipping away, as the new age emerges from the complexity of the present.

There cannot be an avant-garde in the 21st Century. The madly democratic internet has disposed of the circumstances that made possible the exclusivity of the clubbish gatherings of small groups of like-minded people by making access to ideas possible to all people all the time. The intercession of the â€œexclusive cabalsâ€ of professional curators, magazine editors and influential art professors is no longer necessary for the experience of art, which is now mediated instead by the writing and photography of enthusiastic amateurs, gathering the democratic clicks of internet surfers, who are willing and capable of making up their own minds about what they like and dislike.

Siegel describes movements that played out over the course of a few decades, and bemoans that there hasnâ€™t been a substantial movement in the last thirty years. Cultural change in the 20th Century may have seemed fast, but really it was not â€“ the transition from modernity to the emergent culture that will be continues. Itâ€™s taking a long time, as it should, and as it will. We wonâ€™t have a definitive description of what this emergent culture will be for a hundred years, whenÂ some future Vasari looks back upon this renaissance and describes it with a phrase that captures the imagination of his or her readers. The swarm of art movements that we experienced in the 20th century is like a murmuration of starlings â€“ each art movement a single bird within the flock. The emergent character of their swirling momentum is one of a culture searching for solidity â€“ a hunger for certainty in a changing world. The return to representation is the outcome of the murmurationâ€™s deconstructive search â€“ after all the breaking down of techniques, materials, and concepts we arrive among the simple facts that mankind makes marks on surfaces to describe their sensory experience of the world; takes pleasure in harmony; communicates ideas using words. All the clever machines and fancy gadgets that we imagine will guide us toward a new progressive future for humanity are simply tools we may use to express ideas, like charcoal on a cave wall.

The foundations of making art and writing books and composing music havenâ€™t changed. Yes, the methods of distribution have changed, but the necessities of making havenâ€™t changed at all. And although the potential for distributing reproductions of art, writing, performance and music on the web is easily available, the secondary nature of web experiences has made the value of authenticity clear. Itâ€™s thanks to this gushing flow of secondary experience that we value the real thing more than ever.Â  Enjoying live music is a different experience to listening to an mp3 on a website. Beholding a real painting is nothing like the experience of peering at an image file on a computer screen, however detailed the photograph might be. The three dimensional sensual delight of a sculpture will never be duplicated on a flat screen or a hologram. Attending a live performance of a play will always be a sensory experience that a video camera cannot capture. Quietly reading a book will always be a slower, more thoughtful experience than scanning glib bites on social media sites.

Itâ€™s because the internet makes possible speedy reactions to the flow of information that many artists are turning to deeper issues that take time and mindfulness. Art is slow, by its nature. Art always reflects the nature of the times â€“ the paintings and sculptures we consider masterpieces are the works that capture the deep, thoughtful questions of what life is about in those times.

In the first decades of the 21st Century there is a large community of people who love representational art. Technology has made the gathering of this community possible, particularly the use of social media, which enables people with similar interests to find each other and to congregate online in large groups regardless of their geographic location. Information can be shared quickly among them, and activism is easily organized. The community is enthusiastic about the revival of representation. Many of its members share similar ideas. For example: some believe that in the last century there was a prolonged attempt to discard representational art, despite its value and necessity to human culture; that representational art needs defense, or revival or nurture; and that a stand against the opposition of people who consider it irrelevant or anti-progressive is required in response. Consequently some members of the community have a revolutionary zeal for a struggle against the forces of nihilism, while some remain comfortable working within the structures of the post-modern art world.

There is clearly a distinction between the ideas of the representational art community and those of postmodern writers. 20th Century postmodern ideas have received a great deal of literary attention, so I donâ€™t want to dwell on them here, but it might be helpful to describe those ideas that can be identified as having currency within the representational art community; those ideas and conversations that give the community its character.

The range of ideas expressed in the works of art admired by members of the community begin with simple, but wholesome offerings sharing the ideas that well-made paintings of simple things like fruit and flowers can capture fleeting moments of natural beauty; that the landscape we live in is worthy of the attention of artists and can be a place of beauty and charm; that the human figure is worthy of attention and continued study. Many 21st century representational painters say that they imitate reality when painting or sculpting. Within this range of works the community seems to appreciate most those works that show the skill of the artist â€“ small but well-made still life paintings of flowers and fruit are applauded, beautifully painted landscape studies are admired, sculptural decorative elements for buildings are enjoyed and celebrated, and sophisticated figurative paintings attract praise for being skillfully made and for capturing likeness. Skill is highly regarded by the community.

Some artists within the community reject using technology as a tool and may be hostile toward artists who use it, while others embrace photography and computers as aids to creating their work. All value the use of the hand in the creation of the finished product.

In addition to skillfully made work depicting simple subjects many artists within the community create imagery of the world as it might be, not as it is. Their works offer an imagined alternate world that is based on the perceived world and might appear to be convincing representations because the technique is familiar to us as that used by traditional landscape, history, portrait and still life painters in the past. Paintings and sculptures that are emotionally appealing are welcomed and praised, especially when they are skillfully executed. Taking a position of disinterested interest is not necessary when enjoying the emotional impact of works of art made by the representational art community. Works that excite sympathy are popular within it. Empathic engagement is welcomed.

Many members of the representational art community also highly value sculptures and paintings that are made to share sophisticated ideas that may be enlightening. There is a tendency within the community to resent negative ideas, and to prefer ideas that are positive, affirming and cheerful, although ideas that passionately express the frustrations and difficulties experienced in the search for spiritual union, or yearning for fulfillment, or describing other aspects of the human condition are enthusiastically supported.

The emergence of the representational art community has happened because we have reached the end of deconstruction â€“ it is the outcome of postmodernity, heard as aÂ quiet sound penetrating the hush after silence descended upon the postmodern conversation. Itâ€™s the sound of a beautiful melody that has always persisted but was difficultÂ to hear beneathÂ the clash and discord of post war culture’s struggles to make sense of itself. Having broken everything about art to pieces we have arrived at the foundations of culture â€“ the fundamentals of why we make art.

The reason that there are no new art movements to offer sanctuary to Siegel is that we no longer need them in this internet world. The representational art community isnâ€™t a movement at all â€“ itâ€™s what remains after deconstruction, which was an attempt to dismantle culture and find out if there were new ways to reassemble the pieces. Some of those re-assembled fragments of culture made pretty, if fractured compositions, defended with manifestos describing â€œa strong sense of contemporary contextâ€, â€œa powerful sense of artistic historyâ€ and â€œa clear and commanding aesthetic that also possesses elements of a philosophy of lifeâ€. And the return to representation compasses all these things, but it doesnâ€™t need a manifesto because this is notÂ a new movement, but a continuation of the oldest, most basic ideas about what art is. Representation is among the fundamentals of human culture. The ancient foundations have been excavated â€“ now itâ€™s time to build upon them.Â What we need now is philosophy that describes the experience of being a representational artist in a post-contemporary world. 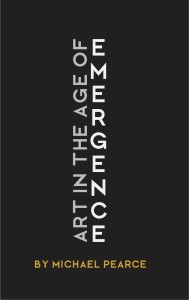